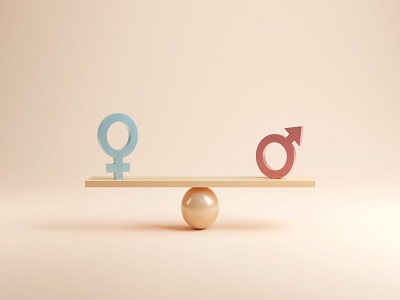 Some people feel that equality between the genders has already been achieved while others feel there is considerable progress to be made. Discuss both views and give your own opinion.

In present-day society, there has been much discussion about gender equality. Some people think that real progress to fully prevent gender inequality should be made. Yet, others have an opinion that there is a movement to attain equality between the two genders. In this essay, I will discuss both views and state my opinion. Many people argue that gender equality has already been accomplished owing to the fact that both genders can pursue anything they want as long as the law allows. In the past, for thousands of years, women were viewed as subservient to men. Even in marriage, women did not have a choice whom to marry and not see the husband face until her wedding day. But nowadays, women can choose their own marriage partners based on love, their own needs, and wants. This is proof that gender equality has been gained. On the other hand, others believe that there is still a long way to achieve full equality between men and women. According to a report released by UNICEF, girls aged 5–14 spend more hours on household chores than boys their age. Time spent on chores limits a girl’s time to play, socialize with friends, study and relax. Because of this, there’s still a lot of work needed to end these injustices. In conclusion, although the law is allowing both genders to do anything, in the end, gender bias is undermining our social fabric. It is not just a human rights issue; it is a tremendous waste of the world’s human potential. We must make sure that every boy and girl, everywhere, has an equal chance at thriving. Together we can eradicate prejudice and work for equal rights.
❤❤❤❤❤

Women and men have had different roles in the community since the beginning. Although these differences are slowly converging, due to the genetic inheritance and socio-demographic components, they still exist. In my opinion, this statement is not completely right or wrong and requires careful consideration. Firstly, it is assumed that men should go out to work. Undoubtedly, men are better adapted genetically to perform physical tasks. The difference in physical abilities is clearly demonstrated in the sporting arena. Take for example the Olympics, or any international sporting event. It can be clearly seen that in these competitions the genders are separated due to inherent differences between the sexes. Similarly, such jobs requiring physical strength as logging or coal mining should continue to be done by men. Secondly, it has been argued that women are more suitable for their traditional roles in the home. Whereas in Afghanistan, in general, females are allowed to do little else but stay at home, being a housewife. Consequently, a woman’s value is largely dictated by society, culture, and history. Nevertheless, to state that her place is in the home is widely considered sexist in modern western societies. Many women nowadays are in positions of power and changing the world to a great extent. For example, Angela Merkel is the Chancellor of Germany and currently ranked as the world’s second most powerful person by Forbes magazine. Her contribution is obviously undeniable To conclude, differences do exist though these are largely through nature. However, it is a flawed stereotype that women should be at home and the workplace is not for them. This glass ceiling is certainly what should be shattered to assure women of their right to have equal opportunity in life.
♪▓▓▒▒░░⫸√Auto™ Reaload™√⫷▓▓▒▒░░♬ (Bẻ Khóa Bug Dâm:)

Although gender equality is a issue which does not remain too novel, it still causes global controversy. The reason that each country, and each region has different notions of gender equality explains certain disparities in its gender equality. However, thanks to the advancement of ideology of many countries, nowadays, gender equality has been shown to play a significant role in the society and changed the international perspective on gender.fair treatment between men and women to have an equal role and to be facilitated for equal study and development the rights of men and women are equally respected. Women have the right to participate in political and social issues as well as have their own opinions and raise their voices. In the past: Gender equality was an unfamiliar concept and not taken advantage of to a large degree. Women did not have citizenship which was similar to men’s, women were not entitled to participate in political and social issues. In the present: Gender equality becomes much more familiar. Women are entitled to participate in political, social, economic issues such as voting, or holding important positions and women have the right to utilize their citizenship in various matters.
~~ Hãy biết ơn những gì bố mẹ bạn đã dành cho bạn ~~