HOW THEY GOT AND LOST MONEY? 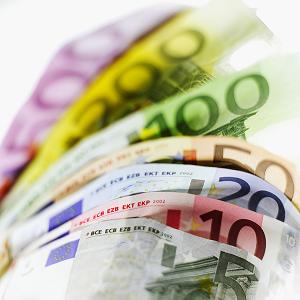 1. A man was surprised when he saw an extra $100,000 in his bank account one day. He started spending the money immediately. He held expensive parties for his friends, bought expensive things that he had never been able to buy before.

When the bank knew its mistake, he had already spent $85,000. A court ruled that the money wasn’t his, and that he would have to repay the full amount of money to the bank!

2. As he arrived at the restaurant where he planned to give his girlfriend a wonderful surprise, Eric Culbertson checked in his pocket ... and realized that he had left the $10,000 engagement ring he had just bought in a taxi.

He had saved up for a year to buy that ring. The next day, Culberson bought another ring for just $25 and asked his girlfriend to marry him. She said “yes”.

3. Thomas Volge, 22 years old, was amazed when he checked his email and found that he had bought some things for nearly $1 million from an Internet Selling Company.

Thomas is a farmer and he makes his living by gardening and planting trees. He said that he had never heard of the name of the company before and knew nothing about the $800,000 house, $100,000 car and $25,000 small aeroplane he had just bought.

The Internet Company said that he had to pay for these things. “I don’t know what I’m going to do or how I’m going to pay,” he said. “I can’t plant so many trees!”