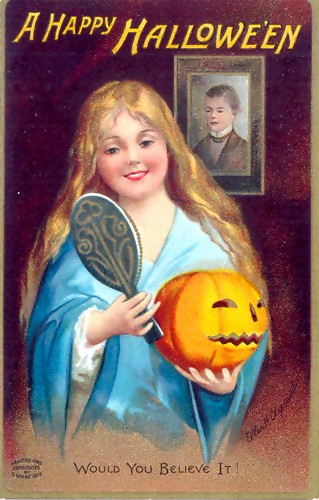 Halloween is a holiday celebrated on October 31st. The most common colors of the day are orange and black. Halloween comes from the ancient Celtic festival Samhain.

The ancient Celts believed that on October 31st, now known as Halloween, the boundary between the living and the deceased is not clear, and the dead become dangerous for the living by causing problems such as sickness or damaged crops.

On Halloween, the ancient Celts would place a skeleton by their window to represent the dead. Believing that the head was the most powerful part of the body, containing the spirit and knowledge, the Celts used the "head" of the vegetable to decorate their houses.

On this day people often wear strange clothes as characters in horrible novels or movies to frighten others.

People usually like to dress as ghosts, skeletons, or witches. Now Halloween is an official holiday in almost all European countries.