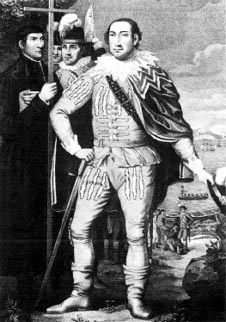 What do you know about Christopher Columbus? He was a famous sailor and explorer. Columbus was 41 years old when he sailed from southern Spain on August 3, 1492.

He went with a crew of 90 men. Thirty-three days later, he landed on Walting Island in the Bahamas.

Columbus wanted to find out what the rest of the world looked like. He also wanted to make money.

He would sail to distant islands and trade with the locals there. He would buy their silks, spices and gold. Then he would sell them in Spain.

In Spain, people would pay high prices for them. Columbus got the Queen of Spain to approve his plan.

She would pay for his ships and crew. He would keep 10 percent of the value of the goods he brought back. She would take the rest.